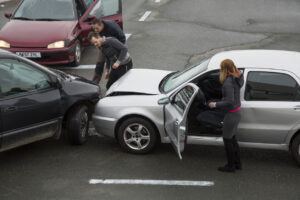 On July 13, a head-on collision on Interstate 70 in eastern Indiana killed one car’s driver and injured 20 other people. The accident reportedly occurred around 7 a.m. and is believed to have been caused by a driver going the wrong way in a lane.

According to sources at the Wayne County Sheriff’s Office, a 1990 Ford Mustang, which had recently been reported stolen from a nearby truck stop, was driving west in an eastbound lane when it collided with a Greyhound bus. At the time of reporting, it was unclear how long the driver had been traveling in the wrong lane or whether he was aware of the fact. Witnesses reported that the bus ended up on the highway’s shoulder after the collision, while the Mustang was nearly flattened. The Mustang’s driver, later identified as Phillip Lloyd from Richmond, Indiana, died at the scene.

The Greyhound bus had 24 people onboard, including the driver, all of whom were transported to local hospitals. Two passengers were admitted for serious injuries, and the bus driver was airlifted to the Methodist Hospital in Indianapolis. The rest of the bus passengers were released after being treated for minor injuries.

While wrong-way car accidents are rare, they frequently have devastating consequences and their causes are often linked to drugs and alcohol. Anyone injured in a car accident caused by a wrong-way driver can file a personal injury lawsuit against the responsible party. Consult a skilled Indiana auto accident lawyer to learn more about your options.

whoah this weblog is great i love reading your posts. Keep up the great work!
You understand, a lot of persons are searching around for this info,
you could help them greatly.

We will respond to your inquiry in a timely fashion. Thank you.